Every penny donated reaches the children it is intended

Educating a Child, Equipping a Leader, Empowering a Nation!

Wama Junior Academy starts in 2017 with a vision to give education to orphans and poor children whose parents died of HIV / AIDS and other natural diseases. The school runs from Kindergarten to grade 7 with a total of 200 Children. We realized the need for a school because of the increasing number of orphans and needy children in this community, we thought that the only way we could help these children is to give them education in a way to shape their future. When education promotes children's dignity, there they have the innate belief that they have a place in the world and a contribution to make. Its a new generation of young people who can play an active role in creating healthier families, stronger.

We desire to raise these children in a Christian environment. These children are psychologically traumatized who need to be rehabilitated in the society. Our next phase is to construct housing units / dormitories that will accommodate children. We therefore seek for your philanthropic support and prayer to do what we could to make Wama Junior Academy a better place for the children to have the best learning environment.

"He who gives to the poor will lack nothing, but he who closes his eye to them receives many curses". Proverbs 28:27

At WDF, we believe that education is the key to breaking the cycle of poverty within families and the community as a whole. With high drop out rates and a lack of quality standards within schools in Bugiri, we are committed to challenging the typical status quo. Instead, we offer the community quality educational institutes that go beyond exclusively utilizing the Ugandan curriculum to raise the next generation of Ugandan leaders to “be the change.”

About our orphanage  school
In the the village of Bugodo in Bugiri District around 100kms from Kampala. Little or no aid had ever reached the village - they have no water, school, clinic, electricity or any of the things we take for granted in everyday life.
In 2015 there was nothing except despair in the village, disease and poverty was everywhere, children and adults alike felt they were the forgotten people.
Within 3 months, Wama Development Foundation Donors from Germany with all the villagers helping we had a temporary  classrooms structure  built and our first 75 pupils, all orphans, started at the school 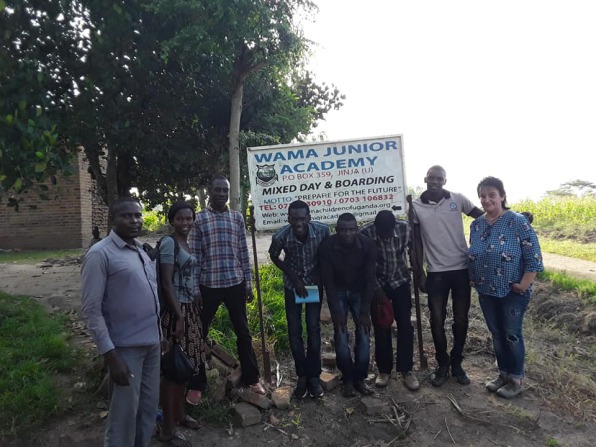 Wama Development Foundation Germany Board member , who still is the Donor representative in Germany , Visited the orphanage school premises where still construction is going on. 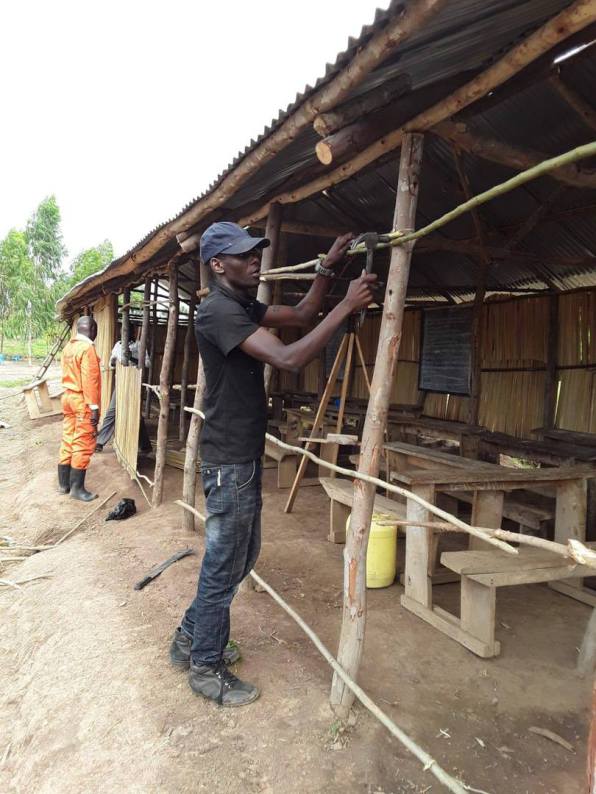 C.E.O WDF , getting into work as the team helps out on making temporary classrooms for the children to study after having no enough money to keep renting structures for school to run, So on our bough school and orphanage land , the temporary structures were raised until funds are got to raise the parmanent classrooms which the block one ground foundation was made  in 2016 . 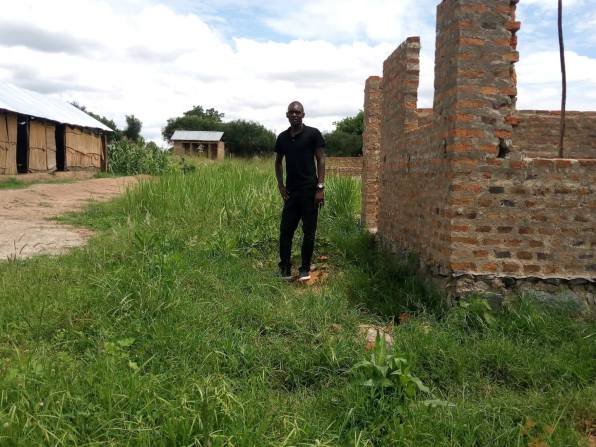 In the background is our temporary classroom block  with our school office under construction and the school toilet too. its always an encouragement when one level is finished and to another we go. 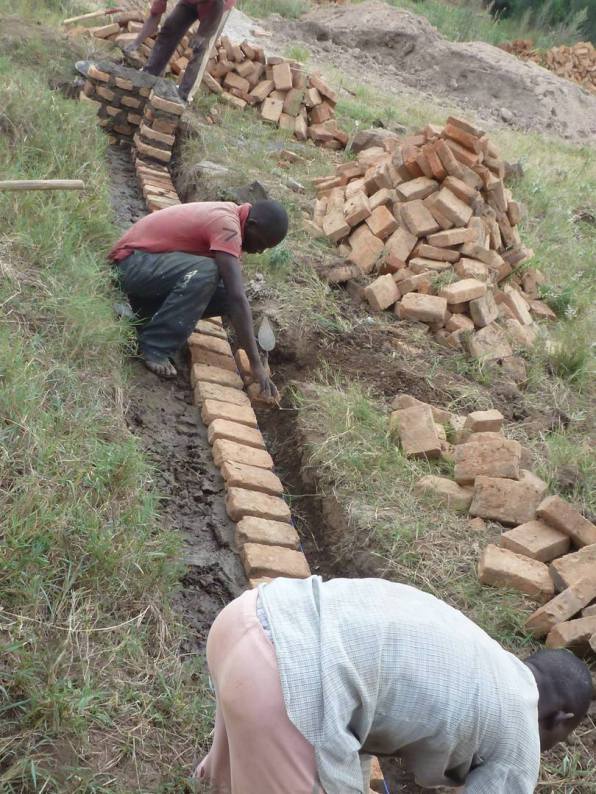 Every step we take and we make towards the orphanage school construction is a mile stone achieved, The journery is big and long but with each brick raised , gives us hope that one day the children will have enough and permanent classrooms with a dining hall, a library and a permanent kicthen for the whole school. Right now our temporary classrooms are hosting 250 children within the school terms