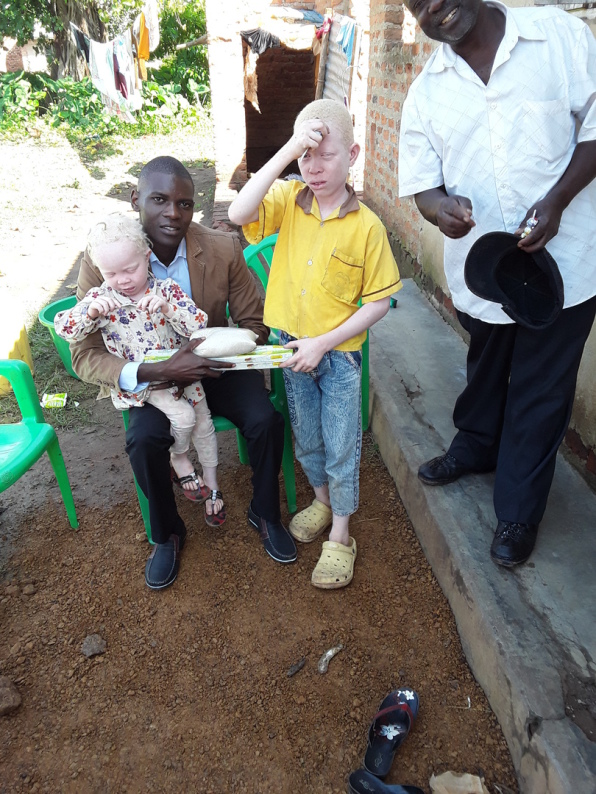 PERSECUTION OF PEOPLE WITH ALBINISM

Persecution of people with albinism (sometimes abbreviated PWA) is based on the belief that certain body parts of albinistic people can transmit magical powers. Such superstition is present especially in some parts of the African Great Lakes region; it has been promulgated and exploited by witch doctors and others who use such body parts as ingredients in rituals, concoctions and potions with the claim that their magic will bring prosperity to the user (muti or medicine murder).

Albinism is a genetically inherited condition which is very rare and, worldwide, affects approximately one in twenty thousand people. Although rare in the western world, albinism is quite common in sub-Saharan Africa, likely as a result of consanguinity. Both parents, who may or may not be albinos themselves, must carry the gene if it is to be passed on to the child. Albinism occurs in both males and females and is not specific to any race or ethnic group. Statistics show that fifty percent of albinistic people in Uganda  have a known albinistic relative, although very few understand or are educated about the medical and genetic causes of this condition. Many believe it is a punishment from God or bad luck, and that their "disease" could be contagious, which is often the view of even members of the medical and professional community. These misconceptions, coupled with the lack of education, are some of the key reasons that albinism is so heavily persecuted. This lack of knowledge about people with albinism means that folktales and superstition in the name of witchcraft take the place of medical and scientific facts in the minds of many native Africans, with and without albinism, which in turn has major effects on the social integration of albinistic people into African society. Ninety-eight percent of albinos die by the age of forty for reasons which could easily be prevented.

Many organisations have been set up to help protect and provide for communities with albinism. Films have also been produced to encourage, educate and create an international understanding of the trials which persons with albinism are facing in a modern world still dealing with ancient rituals and practices which encourage murder for medicine. This is against all international human rights legislation and therefore it is important that persons with albinism are collectively protected.

WDF is also aiming to "improve the lives of albinos with educational and medical assistance so that they may live safe, accepted, and prosperous lives in the society of their choice." Other groups include Assisting Children in Need (ACN)] and the C.E.O of WDF, having met many children in Uganda with this issue, he took the initiate himself and that states his aspirations and purpose for the project: "I have a dream that one day in Africa, people with albinism will take their rightful place throughout every level of society, and that the days of discrimination against persons with albinism will be a faint memory!